Interview with the mysterious translators of transeuro – Issue 5

In issue 5 of “Interview with the mysterious translators of transeuro” we introduce Mr.Satoshi Furuya to you. He mainly translates from English to Japanese.

Mr. Furuya was the first English translator to join the translation department of the patent and law firm, which was the predecessor of transeuro. Previously there were only German translators. Since then, he has been working in an environment where English translators are in the minority, working not only on texts written by native English speakers but also on English texts written by Germans, Austrians, Swiss and Russians. He has become a specialist in the company for the peculiarities of English written by non-native speakers. He has also passed the most difficult language examination for German in Japan and can easily translate German patent specifications.

Find out what a translator who loves Hawaii has to say. 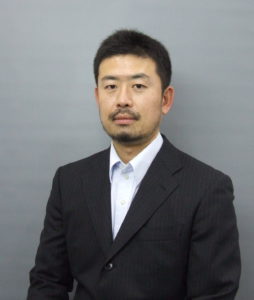 Which languages do you translate and what is your special field?

I translate from English to Japanese in the engineering field.

Please tells us more about your career before and since you joined transeuro.

I majored in English language and literature at university. After that, I worked at a department store as a sales clerk but I changed jobs and started working for the law and patent firm that was the predecessor of transeuro. It was the start of my career as a translator. At that time I had no previous experience but my colleagues helped me to learn the profession.

Why did you decide to become a translator?

I had majored in English at university and wanted to work in a profession where I can make use of these skills. Also while I was working for a large company my ambition to work in a more specialized position grew stronger. At that point in time, I was not aiming to become a translator but I just had the wish to make use of my English skills in some way.

It has been three years since transeuro, that originally was the translation department of a law and patent firm, became a separate firm. Did your attitude and thoughts about translation change?

My attitude and thoughts about translation did not change. No matter whether you work for a patent firm, a translation firm or as freelance translator your tasks are the same. But when I was working for the patent firm I was only translating patent specifications. Now that we are a translation agency I also work on translations in other fields and can acquire a broader knowledge.

You work on a lot of other fields besides patent translation. How do you feel translating other kinds of texts?

Research takes time which can be exhausting at times, but acquiring new knowledge is exciting and I can work on these projects with a fresh mindset. Just like with patent translations every field has their own special rules and it is important to translate according to them.

In an earlier blog article, we mentioned that in a translation company that focuses on the German language you are one of the few English translators. For the point of view of a minority, what is the charm of being an English translator?

I think there are not many English translators that work in an environment similar to mine and I am glad that I also have the chance to learn German. In my whole career, I have always been comparing English and German. By learning German and hearing what the German translators say I could find out which aspects of the English language are hard to understand and which aspects are nicely done.

What do you think will be expected of translators in the future?

With the popularization of SNS and the development of machine translation, I think that nowadays everyone can replace words. Because of that, I am cautioning myself that it becomes more and more important to translate with the mindset of a professional. Therefore it will become vital to create a relationship built on trust with your clients through communication and thoughtfully written translators comments.

Why do you love Hawaii？

It is the nature. The people there tell me how one is supposed to lead their life.  When a fresh wind blows in Japan I always remember Hawaii.

The CEO is talking about a “rocking!” translation company. What do you think this means？

I am still not quite sure what it means and it could seem a little absurd at the first glance, but customers and fellow translators understand this spirit. It is just a vague feeling but I might need more of that kind of spirit. Still, it is quite difficult to be “rocking”.

A message to the readers

You might think that you can become a translator as long as you study the language and translation techniques but once you start taking orders from clients and work as a professional it is necessary to work together with your clients, your fellow translators and checkers to create even better translations. Translation is a lonely task that you do on your own so translators tend to forget about themselves but I never want to forget the responsibility that a lot of people will read my translations. Industrial translation is not dramatic at all and texts written by amateurs are full of mistakes, but when a client tells me my translation was easy to read it makes me happy all the more.