Transeuro is first and foremost a translation company, whose main specialization is patent translation. That would lead most to imagine that the person sitting at the top of such a company would be someone with extensive experience in the translation or patent translation industries, someone who has perhaps operated businesses in adjacent industries, or an otherwise self-made individual who worked their way up the ranks from within.

This is not, however, the case with transeuro’s Yuichi Inokuchi. Rather unusually, he hails from the world of aviation, and does not have the particular “smell” so characteristic of the translation industry. (We’ll discuss what exactly this “smell” entails in a later article.)

It may be somewhat strange to refer to ourselves in this way, but transeuro is truly filled with a group of extraordinarily idiosyncratic translation artisans. To take on the role of president among such a group of people would be quite difficult, if not impossible, for an ordinary person. There, therefore, has to be some sort of a shared idiosyncrasy in place that makes the operation of this company possible.

We decided to interview Mr. Inokuchi directly and find out exactly what this was.

“Mr. Inokuchi, let’s get right at the heart of the matter: how do you personally view the translators of transeuro?”

(* Kōji is a mold used in traditional Japanese recipes to ferment or brew certain foods, including soybeans, rice, and sake.)

“What’s the biggest culture shock you’ve experienced since coming into the patent translation industry from aviation?”

There are two things. The first is the lack of a major company with a monopoly on market shares. That was certainly a surprise. If there’s a strong player in the market, you can adjust your goals around them and challenge them head-on, but in this industry there’s nothing like that. In this kind of market make-up, it’s really hard to develop new strategies. When I first took on the job I thought, “Huh, nobody really wants to make the first move in this industry,” but I think depending on how you go about it, that doesn’t really seem to be the case. 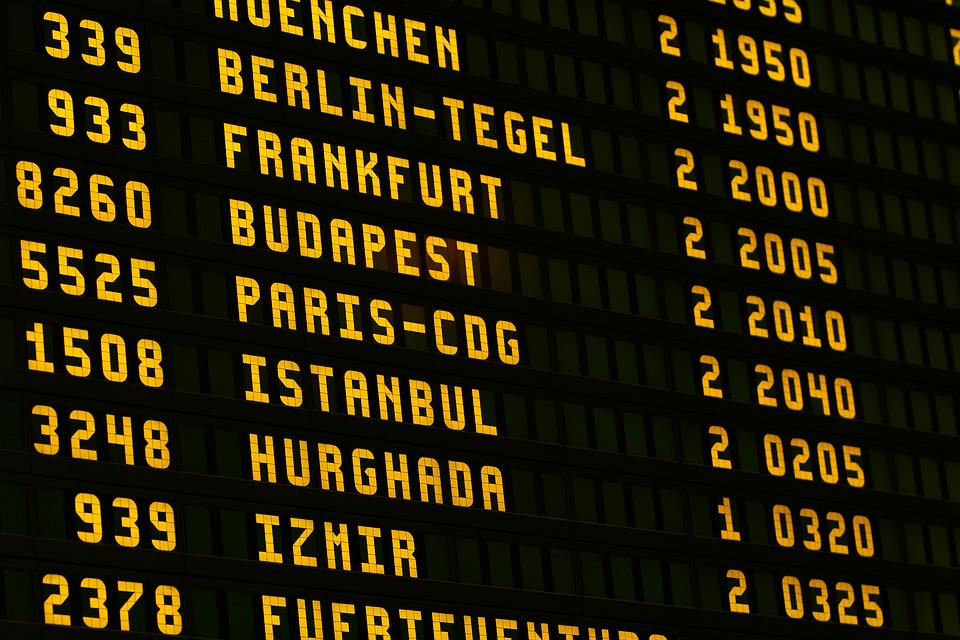 The second thing was how peaceful it was. In the aviation industry, if you were to deviate even slightly from the predetermined flow of a given process, it could be a matter of life and death for passengers. A single accident could bring everything to nought, so I feel like we were constantly on edge. It’s not only aviation, as I think the same can be said for other industries like transportation, construction, medicine, and so on. (Although broadly speaking, there is definitely also the possibility of an accident occurring due to a mistranslation in our industry, but let’s leave that point aside for now.) 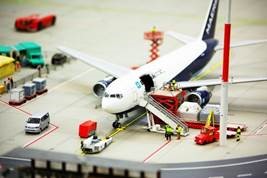 “Honest answer – do you have any regrets?”

Fishing. Specifically, fly fishing. I mainly do it in rivers and lakes. 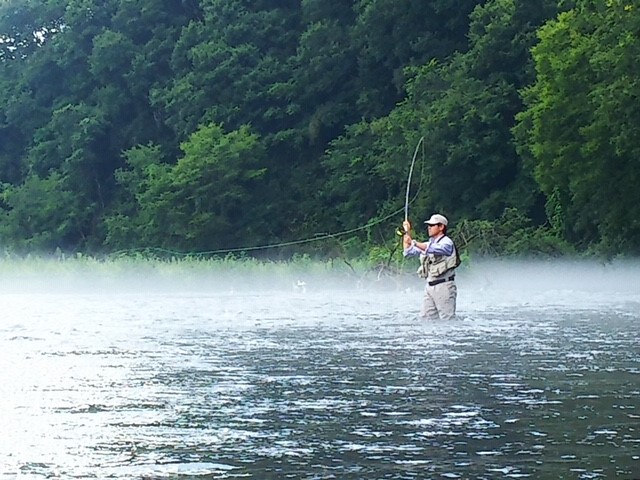 “What’s the appeal of fishing?”

It helps clear your mind. When you step into a river, all you hear around you is the sound of nature. You won’t hear cars or music coming from Pachinko parlors – there’s no man-made sound at all. That makes it an extremely precious moment for salarymen working in our modern society. 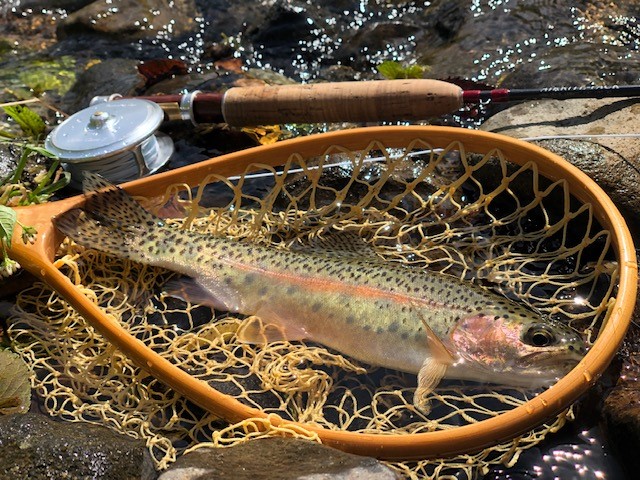 “Do you have a particular business person you look up to?”

I generally don’t read business-related books or magazines, but I do flip through the occasional philosophy book or collection of famous quotes. Here are a few sayings that I’ve taken a liking to recently. (I’m personally really fond of Kazuo Inamori’s way of thinking.)

・ “One cool judgment is worth a thousand hasty counsels.” (Woodrow Wilson)

・ “Whenever you see a successful business, someone once made a courageous decision.” (Peter Drucker)

“I’m always impressed by your excellent presentation skills, Mr. Ikuchi. Incidentally, I’ve heard that there’s a car you’ve been eyeing lately – would you be able to give us a short presentation on that topic as well?”

The car I want the most is a Porsche 911 Carrera. A long time ago I was more interested in so-called “Super Cars,” ones that were less mainstream, like the Lotus Europe or Lamborghini Miura Dino… but those are totally impractical and I feel they’d just end up like a decorative art item, so I gave up on them. (Although they’re also just incredibly expensive so I have no way of buying them.) My son is very supportive, but unfortunately my wife and I are struggling to see eye to eye on the matter.

“As a final question, assuming you were going to meet a client right now, what message would you have for them?”

We at transeuro are constantly pushing human (translation) ability to its outer limits. Our main service is the simple conversion of words, but what we offer is something more: We bring our clients’ underlying thoughts and feelings, unchanged, out from the text and deliver a final product brimming with warmth.