For the 5th blog in our series on the neighborhood of Kanda, we’d like to introduce a mysterious abandoned train station. Did you know that there was actually another station between Kanda and Ochanomizu? It was in operation for about 30 years from 1912 to 1943… so, why was it built, and why did it become obsolete? 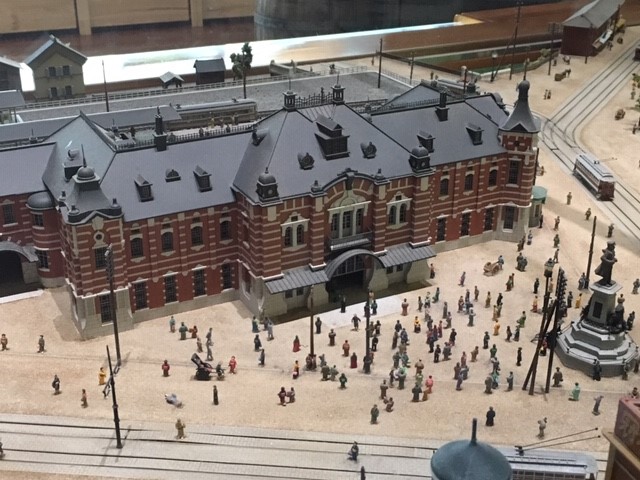 A model of Manseibashi station (located inside the Ecute shopping complex

The unexpected link between Kanda and German Technology

The area surrounding Manseibashi was a lively hub of artisans during the Edo era and a bustling commercial district after the beginning of the Meiji period. It’s only natural to run a railway through such a highly trafficked area. However, as you may well be able to imagine, it’s no easy task to obtain the land required to create a railway in a busy commercial area. Here, the Japanese chose to use the elevated railway known as the Berliner Stadtbahn as a model. Ever since Japan left behind its isolationist policy and opened the country, it consistently followed after Germany and adopted many of their technological advancements. Here in Kanda, one such relic remains. Even after the Great Kantō Earthquake of 1923, it is still being used as an overpass by the Tokyo JR Chuo Line. 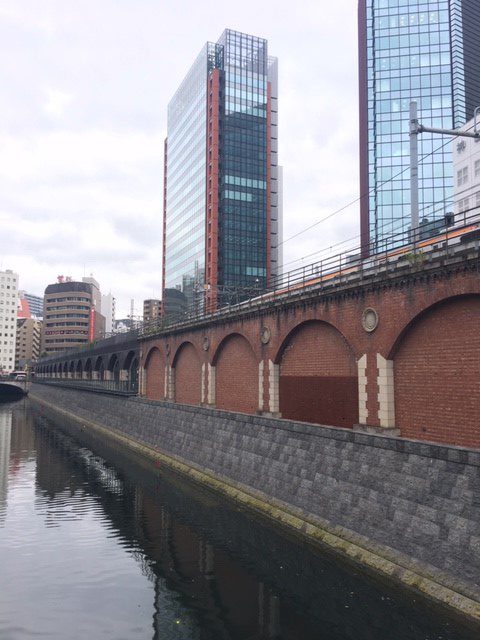 The overpass as it is today. Red bricks were also produced in Japan towards the end of Edo era.

Manseibashi Station in the Present

Manseibashi’s layout was designed by Tatsuno Kingo, who was also responsible for the design of Tokyo Station. It was a gorgeous red-bricked building, which unfortunately burned down in the Great Kantō Earthquake of 1923.

A smaller version of it was indeed rebuilt, but due to the newly opened Kanda and Akihabara stations being within walking distance, the number of passengers declined sharply. In 1943, Manseibashi station was “suspended”, and effectively discontinued.

While riding the train, it is difficult to spot the place where the station used to be, but we are able to get a glimpse into what the station looked like by visiting the “mAAch ecute” restaurant and shopping complex, which is managed by the JR East group, located where the station once stood. 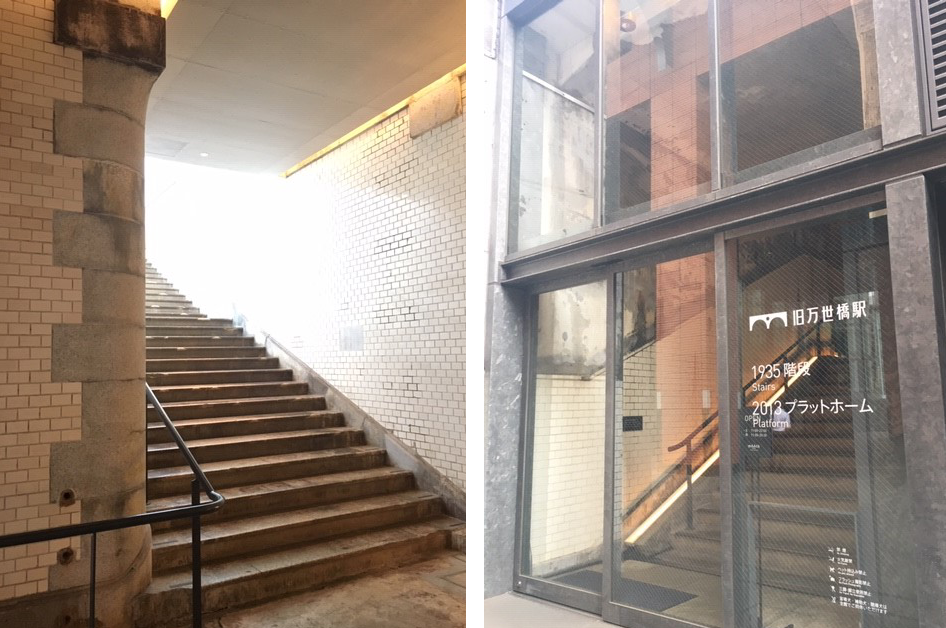 A staircase near the Ecute shopping complex, the stairs and walls both in their original condition.

Two staircases from the station remain within this complex, both named for the year they were built (1912 and 1935 respectively) and left exactly as they were at the time of their construction. The 1912 staircase is made of stone, while the 1935 one is concrete.

If you climb up these steps, you emerge out onto the old station platform. Here you’ll be able to see trains passing on either side at a strikingly close distance – this spot comes highly recommended to those who have an interest in trains and railways! 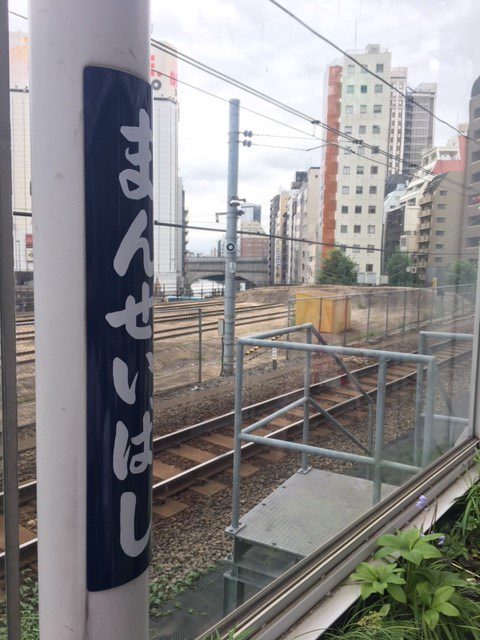 The view from the old station platform

The State of Trains in Tokyo

Tokyo, with a land area of 622 km², currently has 717 train stations. By comparison, even in vast Hokkaido, which spans 83,450 km², there are only 536. Why were so many railway facilities built in such a small area? There are a few reasons. Given the fact that Edo (the former name of Tokyo) was at first a feudalistic city, it focused greatly on its own protection. This produced a very complex, intertwining road network, which was hard to navigate. Another reason is that it was a city which used waterways for its primary method of transportation – not roads. Thus, the Meiji government decided to prioritize the development of the railway system.

While Japan was experiencing national isolation during the Edo era, other western countries had already adapted their roads for use by horse-drawn carriages, so the groundwork was already in place when it finally came time to make the roads accessible for automobiles. To deal with the problem of being forced to suddenly make this huge leap into modernity without experiencing the age of the horse carriage, it seems that Tokyo chose the railway instead. (https://toyokeizai.net/articles/-/151130)

Tokyo has a total of 64 stations no longer in use, just like Manseibashi. For those who are keen, perhaps a tour of those abandoned stations might be interesting?