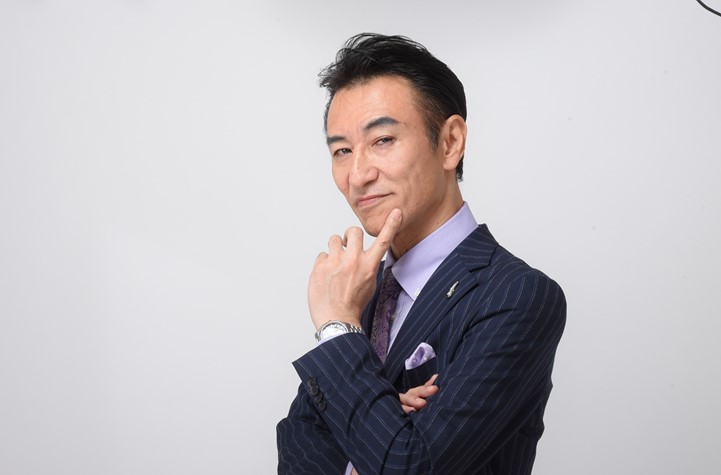 I worked for many years for a German law and patent firm, where I mainly translated patent applications from German into Japanese. Besides serving on the board of the Japan Intellectual Property Translation Association (NIPTA), I am also a member of the examination board for the newly established German-Japanese translation examination in the field of intellectual property.

As a long-time translator of German patents, I have been concerned for quite some time with the problem that there are certain technical concepts that are only known in Germany. These German concepts have their origin in German history and tradition and are often found in the field of mechanical engineering, an area for which Germany is well known.

Especially in “joining technology” such as screwing and gluing and in “production technology” such as casting and plastic deformation, there are some technical concepts unique to Germany that are unknown in Japan. There are also concepts that have similar names, but the understanding in Japan and Germany differs significantly.

Everyone blames the translation

With such a translation, however, it happens that the patent office realizes during the examination that they have never heard this term before and assumes that it is a translation error. Therefore, the application will be considered as unclear and an office action is issued on the basis of Article 36.6.2 of the Patent Act.

In response, the patent attorney in charge of that application had to carefully explain that this concept is unique in Germany in a written statement. These explanations were accepted by the patent examiner, but one had to start over if the responsible patent examiner changed. Furthermore, when filing the initial application, it is not possible to attach documents for further explanation, so that the application was difficult to understand for patent examiners and for readers of the publication.

The German applicants were also not amused about the reasons for rejection under Article 36, because they could not understand why a technical concept, which is well-known in Germany, is not understood in Japan. Here, again, the blame was put on a poor translation. As a patent translator, you were between two fronts and could not please either of them.

The road to understanding German technology

However, there was a development in this area on the side of the patent office. Last year, a working group (WG) of the second examining division started a ground-breaking activity to solve this problem. For a German patent translator like myself, who has been working in this field for 30 years, this came as a great surprise. Maybe it is an effect of globalization or maybe it is an attempt to adopt foreign technical concepts and understand them correctly. As this was an opportunity for German patent translators to solve some long-standing problems, I decided to use my long experience to contribute to the activities of the WG.

This movement of the second examination division was apparently triggered by the fact that applications containing such German-specific technical concepts increasingly appeared in the second examination division, which is responsible for the mechanical field. The idea was to create materials to deepen the understanding of German technical terminology by referring to German mechanical engineering texts and other sources and to share this knowledge of German technical concepts with examiners of the patent office, German translators, Japanese companies and other practitioners.

Three perspectives on the problem

To this end, it was important to understand the problems caused by this German-specific technical concept from the three perspectives of the patent office (examiners), German applicants (German companies etc.) and third parties (Japanese companies etc.), and the WG made the following 3 considerations

◦ If a term that does not exist as a Japanese term is translated, there may be problems with clarity. If a term is cited as state of the art, problems may arise in interpreting its meaning.

◦ If German terms are literally translated into Japanese by creating new terms, there is a risk that the application will be rejected under Article 36.

◦ If existing Japanese terms are used for translation, the meaning may not necessarily correspond to the original meaning and the scope of protection may be reduced.

◦ If German terms are literally translated into Japanese by creating new terms, there may be different ways to interpret  the scope of protection.

Considering the problems under these three aspects, we concluded that it is necessary for the three parties to reach a common understanding of the German technical terms. For this purpose, it was necessary to first have documents about these technical terms. Therefore, I decided to cooperate with the WG in creating a glossary of German technical terms. In a first step, the WG created a list of technical concepts specific to Germany. At first, we concentrated on “joining technology” and “production technology”, which were the main concerns of the WG, and compiled information on both technologies.

As far as German connection technology is concerned, there are, for example, the following categories that are unknown in Japan.

In particular, the concepts of positive locking, frictional locking and material closure in joining technology, which are superordinate to specific technical means such as splined shaft connections, screwing, clamping and gluing, frequently appear in the claims of German patent specifications and drive translators to despair. However, if the German concept of connection technology gains a foothold in Japan, Japanese applicants will also be able to use these terms freely, which could prove very useful in some cases.

In fact, the differences in technical concepts also have a significant impact on the German translations of Japanese applications. For example, the scope of Japanese “forming”, which includes both plastic deformation and casting, becomes narrower when translated directly into German (Umformen) (the German word “Umformen” literally means “to change shape” and thus does not include original forms, such as casting and injection molding to produce a solid body from a formless material such as a liquid). Therefore, this difference in technical concepts between Japan and Germany is actually an important issue for Japanese applicants, even though this topic has not been discussed a lot so far.

With regard to the German technical terms mentioned above, I gave a presentation at the Patent Information Fair and Conference, which took place in November 2019 at the Science Museum in Kitanomaru Park, Tokyo. It was titled “Translation of German-specific technical terms and conceptual differences in Japan and Germany that can cost you dearly“. 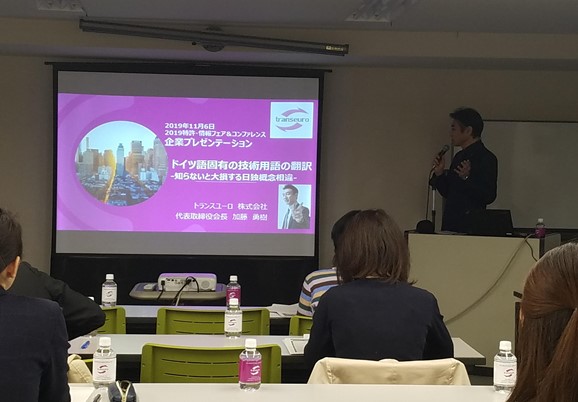 In addition, the working group of the second examination division of the patent office has published an article entitled “The problem of translating German-language technical terms – questions arising from the perspective of patent examiners” in the December 2019 issue (Volume 72 No. 14, pp. 72-77) of the journal “Patent” of the Japanese Patent Attorneys Association. The article provides a detailed explanation of the above-mentioned combination and processing technologies with concrete examples and is highly recommended.