At transeuro, we pride ourselves on our German legal translation abilities, from contracts to court decisions. It goes without saying that we perform our translations directly from German into Japanese, without relying on English as an intermediary. In today’s blog article, we’d like to explore the legal and historical background behind a commonly seen word in German legal translation: Arbeitnehmer (Employee).

Those of you familiar with German legal texts will undoubtedly know these two words, especially if you frequently read employment and labor contracts (Dienstverträge and Arbeitsverträge respectively). These two terms are based on various legislation which prescribes rules regarding working conditions, such as article 611 of the German civil code (known as the BGB), as well as Title 7 of the German Trade Regulation Act (Titel VII Arbeitnehmer). (As of April 2020, there is currently no consolidated labor code in the Federal Republic of Germany.) 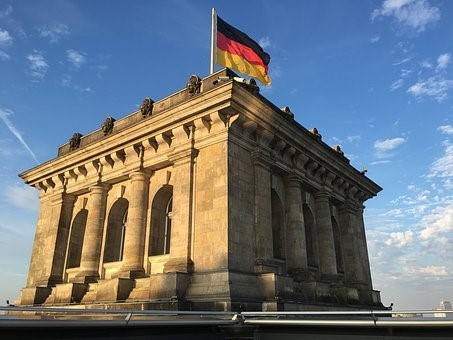 If we were to translate these Arbeitgeber and Arbeitnehmer based on their original meaning, they would effectively correspond to the English “employer” and “employee”, *though it might be more intuitive for some to remember them by breaking down the compound noun: Arbeit means “work”, Geber means “giver”, and Nehmer means “taker” – Work-giver and Work-taker. In Japanese, the terms would be 使用者 (shiyousha) and 被用者 (hiyousha) respectively. However, it’s worth carefully considering whether or not it’s okay to translate Arbeitnehmer simply as “employee” (hiyousha) in the field of legal translation. While Japanese Labor Law is consistent in its employment of the term 労働者 (roudousha, employee/laborer/worker), in other legal sectors, including Civil and Commercial Law, the terms hiyousha and roudousha are, depending on context, both used simultaneously.

* For reference, in most North American English legal documents, the terms “employee” and “employer” are by far the most widely used.

When translating the word Arbeitnehmer in an Employment or Labor Contract into Japanese, the appropriate term that best matches Japanese Labor Law would be roudousha. However, in the context of other legal documents, there may be a need to distinguish between the two terms. (Notably, in the Dictionary of English Legal Terminology (March 2019 Revised Edition), roudousha is mostly translated as “employee”, though in some contexts the term “worker” is also used.)

In actuality, Arbeitnehmer is not a significant cause of confusion for translators. It is still worthwhile, however, to be aware of the various changes the term has undergone with relation to the concepts of “labor” and “laborers” over the course of German history.

Although the terms may have fallen out of favor in recent times, it’s important to note that there was a clear distinction between so-called “white collar” and “blue collar” work, meaning those engaged in “mental” labor and those performing “physical” labor. The corresponding German words here were Angestellte and Arbeiter. In Anglo-American Law, the latter term is often translated as “labo(u)rer”, while the relevant terms when translating German into Japanese are 職員 (shokuin) and roudousha respectively. (Although it’s certainly possible to translate Angestellter as “staff” in English, as mentioned previously, in legal documents “employee” is the most prevalent term, with “worker” also seeing some use depending on the document.) The broader word which has come to encompass both of these terms in German is Arbeitnehmer (employee).

It seems, however, that the very need to make a distinction between “mental” and “physical” labor has all but disappeared, and with it also the need to distinguish between the terms in a social and legal setting. Thus for the term “employee” (one who is hired, as defined in relation to the word “employer”, one who hires), the preferred German word that has taken root is Arbeitnehmer, while in the context of Japanese Labor Law the appropriate translation, as we’ve explained above, remains roudousha.

For those with inquiries on translations of German legal documents such as contracts and trial documents, please contact us using our contact form. We are happy to answer any questions and provide a free quotation.