Many of you have perhaps seen that little “GmbH” ending tagged onto the names of many German companies. So, what exactly does GmbH & Co. KG mean, and how can we best translate it?

Of the various different company structures seen among German businesses, it’s said that the GmbH (Gesellschaft mit beschränkter Haftung), or 有限会社 (yuugengaisha, Limited Company) in Japanese, is the most common. This company structure is prescribed by the similarly named Limited Liability Company Law (GmbHG). If we were to translate this German term directly, it would indeed be 有限責任会社 (yuugensekiningaisha, or Limited Liability Company), but in actuality the conventional Japanese translation is yuugengaisha (Limited Company).

However, for German family companies, from small- to medium-sized businesses all the way to major companies known worldwide, the most commonly used company structure is GmbH & Co. KG, or, Gesellschaft mit beschränkter Haftung & Compagnie Kommanditgesellschaft, or Limited Liability Company & Limited Partnership (yuugengoushigaisha). This is a type of company which is not found in Japanese law, but there’s a chance you might have seen it used by other parties when handling business and standard form contracts. 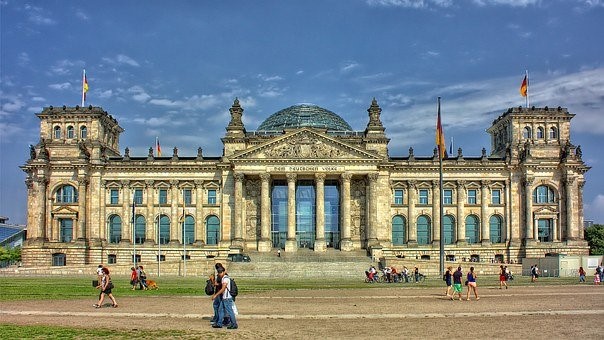 The Characteristics Of A GmbH & Co. KG

German companies (commercial companies) are classified into either “capital companies” (public companies, limited joint-stock partnerships, and limited companies) which are administered by laws other than the Commercial Code (the HGB), and “partnerships” (including unlimited and limited partnerships), which are dictated by the Commercial Code. The latter “partnership” according to German law corresponds to the Japanese 持分会社 (mochibungaisha), which happens to have status as a juridical entity. The German equivalent “partnership” does not. However, by registering a firm name (Firma) with the business register, a company can become a party to a lawsuit (HGB Article 17 Paragraph 2).

So then what exactly are the merits of adopting such a complex legal structure for one’s limited company? For one, they run the advantage of not incurring taxes under corporate tax law, as a Limited Liability Company & Limited Partnership (GmbH & Co. KG) is not considered a juridical person.

Another reason would be that the general partner of a limited partnership, despite being liable for the company with their own personal assets, does not need to bear any responsibility for the liabilities of the limited partnership outside the scale of their own investments into the limited company, provided that said limited company consists entirely of partners who only bear limited liability.

As you can glean from the above, the Limited Liability Company & Limited Partnership (Gmbh & Co. KG) is an extremely logical choice both legally and financially even for large companies, as it provides investors with a great degree of safety in managing their company.

At transeuro, we pride ourselves on our German legal translation abilities, from contracts to court decisions. It goes without saying that we perform our translations directly from German into Japanese, without relying on English as an intermediary.

For those with inquiries on translations of German legal documents such as contracts and trial documents, please contact us using our contact form below. Quotations are free.