Translating Legal Documents and Contracts – What Makes A “Good” Translation?

What It Means To “Translate”

Over the course of my career translating mainly legal documents from German and English into Japanese, there’s been something which has caused me a lot of hesitation and thought. That thing is the question of which is ultimately better as a translation: a finished product that you can clearly recognize was translated from a foreign language, or one written so naturally that you can’t help but think it was originally a Japanese text.

Of course, this is a question whose answer is unclear even after you’ve carefully listened to your client’s wishes, and there are as many ways of approaching it as there are translators. Additionally, given that the answer differs so greatly when translating something as a work of art versus when translating scholarly works from various highly-specialized fields, I’ve found that the answer will depend on the differences in the source material.

That being said, I think that for the field of legal translation, an ideal finished product is one which accurately translates the legal terminology of the source material, as well as the legal thought behind the use of said terminology, all while functioning as a clear and easy-to-read Japanese legal text.

Below I’d like to outline a few different legal concepts and differences in several languages and countries, as well as offer a few ways of translating them. 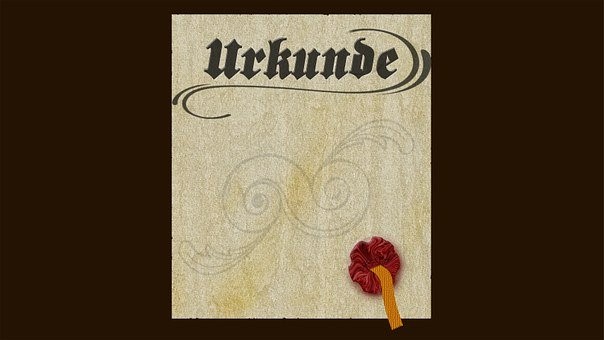 With the exception of the word Tarifvertrag being translated as 労働協約 (roudou kyouyaku, labor agreement )  in a few rare cases, you would be safe in assuming that the German word Vertrag and the Japanese 契約 (keiyaku) (in English, “contract” or “agreement ”) are translational equivalents. Although there are some contexts which necessitate translating the German term Vereinbarung, which also corresponds to the English “agreement ”, as 契約 (keiyaku), in general it is necessary to have separate translations for this using Japanese terms such as 合意 (goui), 協定 (kyoutei), and 協約 (kyouyaku). (Additionally, in Anglo-American law there are also cases where it’s necessary to make a clear distinction between an “agreement” and a “contract”.)

Since both Vertrag and 契約 (keiyaku) are legal concepts in civil law , they are both fundamentally based on a consent agreement. This means that a contract is officially concluded whenever there is the expression of agreement and consent in the form of an application and approval between persons trying to enter into a contract. That is to say, even just a “verbal agreement ” constitutes a contract. To use an example, say someone promised to sell you a used car for $10,000, but when you actually went to buy it they started asking for $15,000 . Contracts are drawn up when making large purchases in order to make clear certain “verbal agreements” in the event of such a dispute. However, just because there isn’t a written record doesn’t mean that an actual contract or agreement didn’t take place.

Is It Okay To Translate Vertrag As Keiyaku?

However, since the thought and structure behind contracts under German and Japanese law can sometimes differ, it’s necessary to exercise caution when translating such legal documents. In contracts under German law, using the purchase and sale of goods as an example case, rigorous distinction is made between sale contracts  (known as a Verpflichtungsgeschäft), which constitute a transaction that produces obligation and therefore fall under the realm of Obligation Law , and a transfer agreement  (a Verfügungsgeschäft), which oversees the actual transfer of ownership rights and therefore falls under the purview of Property Law . Such a distinction does not exist in contracts under Japanese law, so it’s occasionally necessary to append a comment to clarify this. (Furthermore, although contracts under German law are relatively free in their form, it’s necessary to draft a notarized document  in instances involving the purchase of land, which is not the case with Japanese contracts.)

In such contexts as mentioned above, when there are no particular instructions from our clients and the legal concepts of the target language and Japanese are the same, we choose to use the clearly corresponding translational equivalent and endeavor to write a translation that can be read as a natural Japanese text. If the legal concepts of the source language and Japanese should happen to differ, we opt instead to create a translation appropriate for the given context which one can clearly identify as a “translated” text. If you are in need of translation for a contract or other legal documents feel free to contact us. We gladly provide a free quotation.